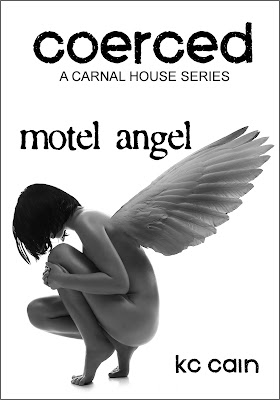 Mort rents rooms cheap to the Sullivan Mob's goons. He's so accustomed to dealing with criminals, low-lifes and sleaze that when Sascha Grady walks into his establishment, he's dumbstruck by her beauty, thinking of her as his motel angel. Unfortunately, Sascha is attached to one of Sullivan's henchmen, Chris.

Fortunately for Mort, Chris is killed in a deal gone bad, and no one bothers to tell Sascha.

Mort pretends to not know what's happened to Sascha's husband. He pretends to let her stay in her room no-strings-attached until Chris returns. Of course, Chris doesn't return, and when the rent comes due, Sascha has only one means of payment.

Buy it now at:
Amazon
All Romance Ebooks
Barnes & Noble
Kobo
Smashwords
Posted by Unknown at 8:01 PM No comments: 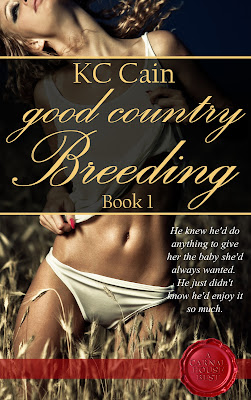 Dan and Laura have what seems to be the perfect life: a loving marriage, a successful farm, and lots of friends and family. The only thing missing is the baby Dan can't give her. Unfortunately, they can't afford expensive treatments that might not work.

Will Laura agree to the outrageous plan, and if she does, will Dan be able to stand witnessing his cuckolding?

The Breedbot Wars: A New Breed 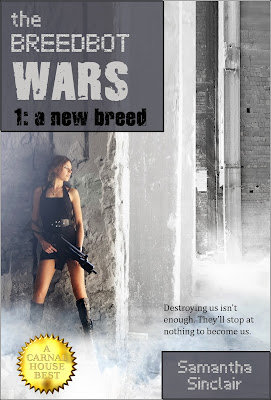 In a post-apocalyptic future, resistance scout Rayne Kestrel is captured by the bots against which she and humanity wage a brutal war. What makes her capture all the more frightening is that the bots never take a human alive. Her fears are justified when she awakens strapped to a nightmarish insemination sex machine. Locked in a dark cell, ravished time and again, Rayne discovers a new weapon in the bot arsenal to destroy humanity, and realizes that her womb is to be its incubator.

The GILF Next Door: Greeting Granny 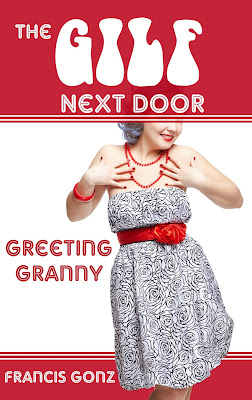 Spending another boring Friday night playing video games at his friend Roland's apartment isn't Jimmy's idea of a great time, until he catches a glimpse of Roland's seventy year old neighbor Hazel strutting around her apartment in the nude. It turns out that she's been hitting on Roland for months, but Roland has been too timid to respond. Due to Jimmy’s devious, scheming mind, though, Hazel will soon be happily romping with the two of them in bed.

Greeting Granny is the first hilarious and kinky short story ( 5,000 words) in the GILF Next Door series that turns the idea of the love triangle on its head with explicit scenes of couples and threesomes.

Buy it now:
Amazon
All Romance Ebooks
B&N
Kobo
Posted by Unknown at 7:46 PM No comments: 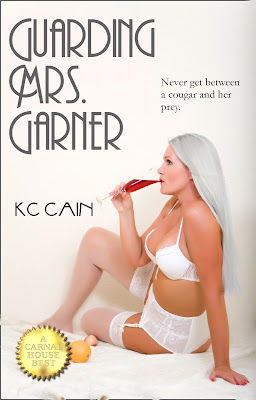 When Derek Hanlin interviews at the Garner estate for the position of bodyguard, he has no idea what he's getting himself into. Old Mr. Garner long ago fired all the male help due to Greta Garner's insatiable cougar lust, but she has a plan. If Derek wants the lucrative position of Garner bodyguard, Greta explains that he'll have to convince Mr. Garner by breaking in and raping her right in front of him.

And he should bring along a couple of friends.

The question isn't if the beautiful, sleek, silver Greta Garner can take it, but if Derek Hanlin can dish it out.

Buy it now at:
Amazon
All Romance Ebooks
B&N
Kobo
Smashwords
Posted by Unknown at 10:16 AM 1 comment: